Shadow Puppet Show
2013
A backstory of the professor and his assistant was to be presented in the show using shadow puppetry, which was another design challenge for the cabinet. Ursula came up with this paper scroll, on which she drew a "scrolling background" for the story, showing all the various locations and characters the professor went to and met in the story.

I mounted the ends of the scroll on PVC tubes and installed smaller sliding metal tubes vertically in the inside corners of the cabinet, which could be locked in up or down positions like a deadbolt. The actors could place the scroll on these and wind the scroll by hand, revealing the drawings in time with a narration as shadow puppets (also made by Ursula) walked along through the backlit world.
PREV / NEXT   2 / 10
BACK TO PROFESSOR VON AWE... 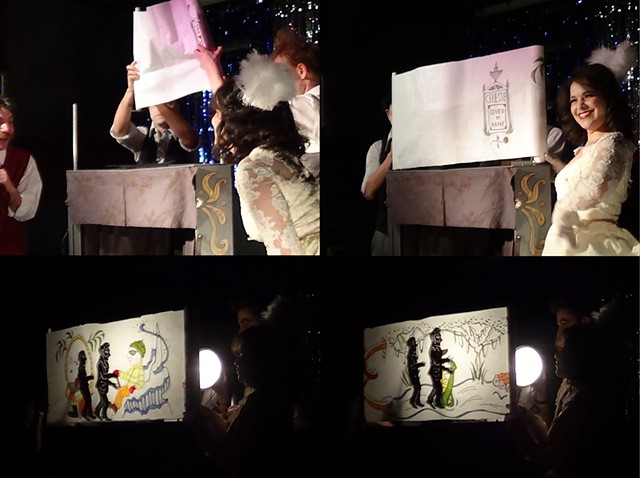